In the conference, JCA and OCB provided overviews of the cooperative movements of both countries.

Good Practices were reported by “INTEGRADA Agroindustrial Cooperative” established by the Japanese Brazilians and “Care Center HOMI”, which was established as a workers cooperative by care workers including Brazilians and Peruvians who migrated to Japan.

Mr. Tominori YAMASHITA (Managing Director of JA-Zenchu) talked about a history of agricultural immigration from Japan to Brazil, which started in 1908, the collaboration between Cooperative Cotia and JA-Zenchu after the second world war, the contribution of Japanese immigrants to the Brazilian agriculture, and the cooperation between agricultural cooperatives in both countries.

150 people, including many cooperators in both countries, participated in the conference. 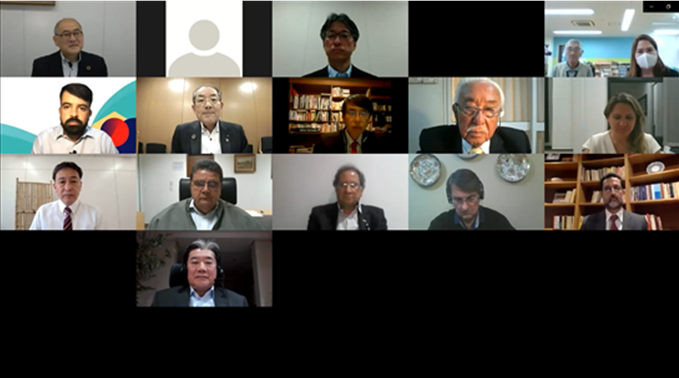